skip to main | skip to sidebar

Hartal call by Pakatan in Perak? Hmm, just like the old commie days in S'pore 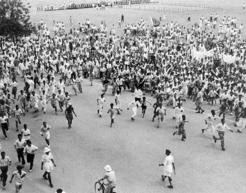 Riots in Singapore...hartal?
This was just what the communist controlled trade unions in Singapore did to stabilise the island state before it attained independence. Calling for hartal (stop  work, protests, demo and even riots) had always been the trademark of communist agitation...and today this threat rears its ugly head, courtesy of Pakatan in Perak.Read on:"As Pakatan Rakyat gears up for its final battle for Perak in court tomorrow, calls from the public for the dissolution of the state assembly have resurfaced once again.

The Perak People's Action Committee, an NGO clearly aligned to Pakatan today handed over a memorandum to the Perak BN government urging for a return to 'democracy' to the people through state elections or face negative repercussions.

They gave BN until Aug 8 to seek dissolution of the assembly or a statewide hartal would be held.

"During this day, the people of Perak will not engage in any outside activity. We will not go to work, our children would not go to school and we will show BN that the majority of Perak folk want justice returned to them," said committee coordinator R. Mohanarani."

Blogged with the Flock Browser
Posted by Wadah at 10:40 PM 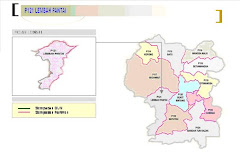